Are You Keeping a Possible Bomb In Your Home? 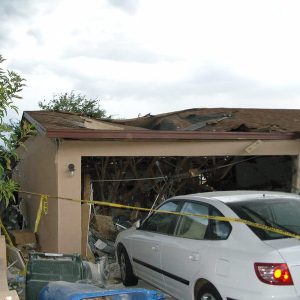 Most homeowners don’t realize that within each and every home there is an appliance that can produce the equivalent destructive force of a pound or more of dynamite. Are you properly inspecting, checking and maintaining the special safety devices to prevent this from happening?

According to Watts Regulator Company, a manufacturer of numerous water safety devices, an exploding 30 gallon water heater has the force of about 1 pound of dynamite, enough power to destroy a home and kill or injure those inside. There are numerous instances where hot water tanks with improperly installed, poorly maintained or defective safety devices have been propelled through floor and roof structures and over several hundred feet into the air.

The popular show, Mythbusters, actually tested this theory out by subjecting a non-protected (safety devices removed) water heater to increased temperature and pressure in the attached You Tube video. Most of us take these appliances for granted and don’t give them another thought until the tanks start leaking or we run out of hot water faster than usual. The reality is much more needs to be done to protect you and your property from serious injury and significant damage.

In 1985, the courts mandated that water heater manufacturers install T & P (temperature and pressure relief) valves at the factory so that all public and private tanks would be adequately protected from these types of catastrophic events. The unfortunate and unintended consequence of this court ordered mandate is that everyone assumed the responsibility shifted from those ultimately responsible for proper operation/maintenance to the manufacturer. Facilities managers, installers, maintenance personnel and property owners no longer considered these valves their concern. This has been an incorrect assumption that has resulted in serious property damage and injuries including a number of deaths. 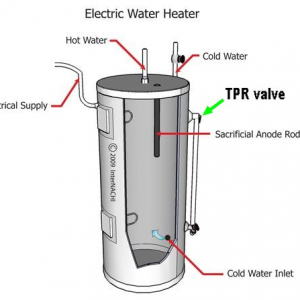 This relief valve opens in proportion to the temperature and pressure forced upon its closure disk. The higher the temperature or pressure, the greater the force and the more the valve opens. It is critical to periodically inspect the drain line connected to the TPR for visible signs of water discharge which could be indicative of other serious water heater related problems or a defective valve. A dripping or frequently spilling T & P valve is dangerous because those leaks can eventually cause the valve to clog and then fail to open when it is most needed. 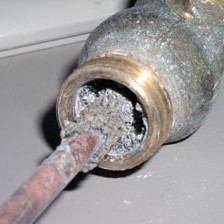 Water heaters cannot explode if the TPR valves are in proper working order. Unfortunately, this has not been the reality. Plumbing codes were adopted that require specific and adequate ongoing maintenance of these devices. As a default, the understood expectation is the requirement for the owner or agent to follow manufacturer’s instructions concerning this necessary maintenance and inspection. The general guideline is that these valves need to be tested annually and removed and inspected every 2 to 4 years. Internal and external restrictions can cause these valves to malfunction. Mineral deposits, scale and corrosion build up can cause internal blockage resulting in failure. The introduction of chemicals added in the water system such as zinc orthophosphate and chloramines in recent years accelerate these deposits. The added stresses of water thermal expansion and lack of routine maintenance can shorten the life expectancy of these safety devices. Insulation tightly wrapped around the exterior of the tank can also prevent proper operation.

Historical data suggests that leaking valves are what provoked the plugging or tampering of T & P relief valves in some explosions. In many cases the manufacturer’s instruction tag either has been removed or never existed on the valve. There is also a very high probability that very few owners or agents have actually familiarized themselves with these ongoing and essential maintenance standards. 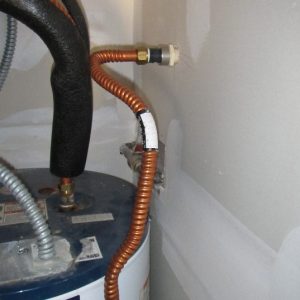 Although there are various code and manufacturer requirements related to the ongoing maintenance, inspection and replacement of these valves, there have been no mandated programs for required preventative maintenance or plumbing code enforcement by various code officials. In essence, there has been a severe disconnect between the safety requirements and what is actually happening. There are also instances of plumber installed valves that have not been properly installed thereby increasing the risk of serious and potential damage to the property owner. Here is an article from the Seattle PI about such an event in Burien, Washington-Powerful explosion blows out several storefronts. Check out the photo of the building. The water heater was hurled over 300 feet and 4 people were injured.

Plumbers and many independent home inspectors are also reluctant to test these valves when contracted to do other work simply because of the fear that these will leak after testing and the homeowner will blame the plumber/home inspector for this occurrence. Ironically, this is the very reason for testing these so that you can determine if they will leak and not shut off, signs that these valves are defective and should be immediately replaced. 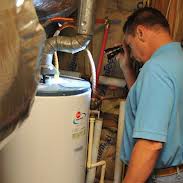 What should a homeowner do if steam or scalding hot water comes out of a faucet? This condition indicates that you have a very serious overheating problem occurring and immediate action is required. If a storage tank has become seriously overheated, it could be dangerous to go near the tank to shut off the source of heat. Do not shut off the water supply. If safe to do so, turn off power or gas to tank, open a hot water outlet moderately, and get away from the tank and out of the house. A plumber should then be called to have the heater serviced and a temperature and pressure relief valve correctly installed or replaced if the current valve is defective. Once water turns to steam, the point at which its temperature equals or exceeds 212 °F, this steam expands to 1700 times the space it occupies as water. It is this excessive temperature when combined with tank corrosion and defective TPR valves that can cause a “pressure-heat rupture” or explosion.

Simply put, without a proper program of inspection, testing and maintenance for these very critical safety devices, you risk turning these innocuous appliances into potentially destructive missiles. At Lake Chelan HomeWatch, we can visually inspect your water heaters and TPR valves and can test the TPR valves annually to verify that they are properly functioning. We can schedule a licensed plumber to perform the TPR removal and inspection every three years so that you are in compliance with the manufacturer’s as well as plumbing code maintenance standards. Additionally, we visibly check your TPR and drain pan discharge lines upon each visit for any evidence of leaking water and if discovered we take immediate corrective action to prevent your water heater and home from a potential and catastrophic explosion. We can also arrange for a licensed plumber to subsequently investigate and correct any conditions contributing to the failure or malfunction of these critical and essential safety devices. In our various field inspections, we often find that critical thermal expansion control devices have also not been installed. These also help to protect the TPR valves from premature failure.

Vacant homes are particularly susceptible to major damage or destruction simply because no one is typically around to monitor water temperatures and discover early signs of potential disaster. There are also other associated issues with improper installation of water heaters that can result in potential scalding, water damage, mold formation, structural damage and cross contamination of your drinking water supply. As part of our assessment program, we work to identify a number of these issues to minimize the risks to you and your property. For more information, please contact us by clicking here.